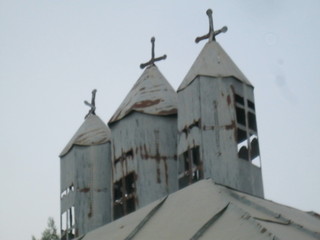 From the cemetery in Berkanush, Armenia From the circus museum in Baraboo, WI. 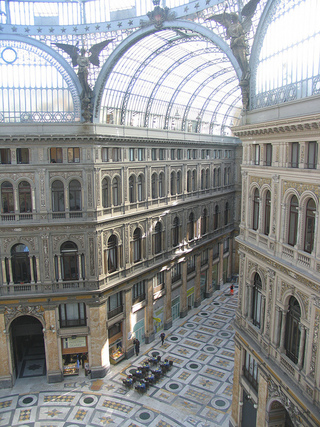 The Rooftops of Paris The Castaneda reopens in Las Vegas, NM, thanks to an entrepreneur with a soft spot for historic hotels The Castaneda in Las Vegas, NM

A new collection of travel essays by Susan Spano

A frizzy-haired old woman wearing sandals used to sit on a stoop at the Palais-Royal in Paris. If people took her for a tramp what did she care? Her extraordinary life was almost over. Now she could spend her afternoons eyeing passersby and cooing to stray cats.
The Los Angeles Times, 5/30/10

From Glen Canyon Bridge on U.S. Highway 98, you can see both sides of an argument. To the north is placid Lake Powell, a big, blue tropical cocktail in the arid no man’s land of southeastern Utah. It’s Exhibit A in the case for letting 42-year-old Glen Canyon Dam stand.
The Los Angeles Times, 4/3/05

People sometimes wander along Via Panisperna in Rome realizing they are lost, but not fretting about it. The view is divine from there, a slice of the Basilica of Santa Maria Maggiore sandwiched between 19th-century apartment buildings, dilapidated palazzos, the elevated Church of San Lorenzo in Panisperna and stores like Macelleria Stecchiotti, a butcher shop selling some of the best meat in Rome. The owner, Pietro Stecchiotti, a neighborhood notable nicknamed “Pol Pot” for his occupation and ardent Communist politics, claims to have planted the vines that drape across Via Panisperna in front of his shop, framing a quintessentially Roman streetscape.
New York Times, July 1, 2011

How Do You Say I'm Lost?

An old Chinese proverb perfectly sums up the months I spent studying Mandarin in Beijing: To suffer and learn one pays a high price but a fool can’t learn any other way.
The Los Angeles Times, 1/6/08

The morning I left New York in 1998 I closed the door to my apartment, went downstairs and found a drunk sleeping it off in the lobby. I took it as a sign. It was time to move on. I’d lived in the city for almost 20 years, in a studio so small that everything had to be stowed away when not in use, as if on a boat. All my friends had been mugged at least once. My clothes were all black and my driver’s license had expired.
The Los Angeles Times, 12/13/11

Women on Divorce: A Bedtime Companion

I am a very lucky woman. I have never been caught in the middle of a bloody revolution, gone hungry, suffered serious illness, or seen someone I love die. They say the loss of one's child is the worst, which may partly explain why I remain childless, and in general travel light through life. I fear loss, and have probably impoverished myself by avoiding possessions that could be snatched away. The worst thing that ever happened to me was my divorce, which took away my marriage, and something I loved even more--my husband.
Harcourt Brace, 1995

Men on Divorce: The Other Side of the Story

Divorce is like a novel with (at least) two points of view. So even as we embarked upon the women's volume, we knew there were other questions our female contributors simply couldn't hope to answer: What do men think about divorce? What is their side of the story?
Harcourt Brace, 1997
Loading…}